Will This Area Be the Agriculture City of the Future? 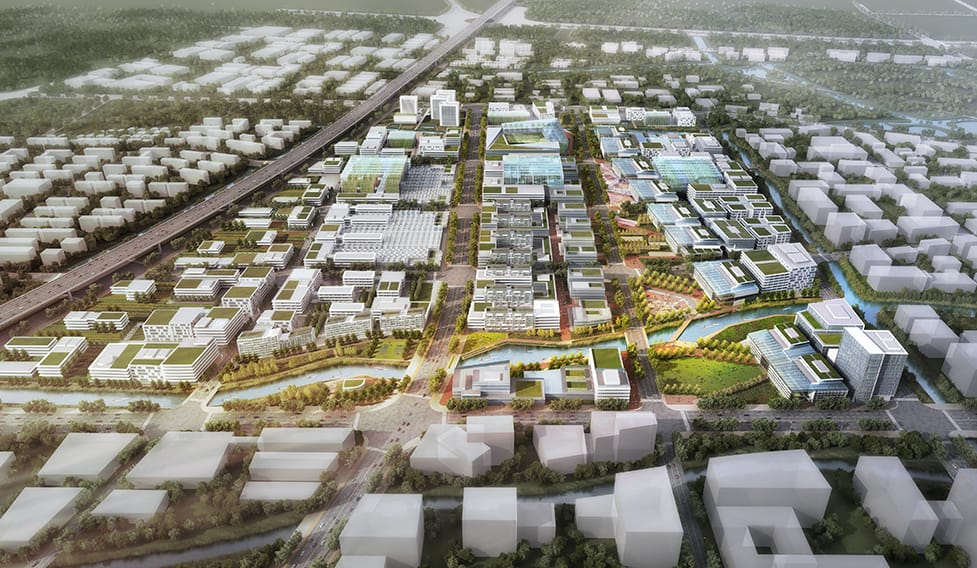 The city of Shanghai, China has one of the largest populations in the country, with 24 million people.

However, due to the urbanization of the city and country, much of the native farmland has been lost, and with the population growing, more and more land is being developed in order to house the people.

Along with that, most of China’s overall Gross Domestic Product (GDP) comes from the agricultural sector, over 13% in fact, and the country is the world’s largest producer and consumer of agricultural products.

China’s agriculture is responsible for feeding 20% of the world’s population and employs 22% of its citizens.

It’s these reasons that architectural firm Sasaki has planned to build and transform the city of Shanghai into an agricultural city of the future.

Located between Shanghai’s international airport and the center of the city, Sunqaio is an innovative way of providing the city with urban food production, as well as a developed area for the growing population.

Founded by Hideo Sasaki in 1953, the company has been awarded over 750 national and international design awards across all firm disciplines.

Sasaki’s mission is to create places that prove the human potential, thinking beyond the building, the sites, and the grid to design for people and society.

The Sunqiao Urban Agricultural District focuses on the integration of vertical farming systems within the space, to create an interactive and socially engaging experience for both innovation and education.

The main focus, is to meet the food requirement for a growing population; leafy greens makes up at least 56% of the vegetables that are consumed in the Shanghainese diet.

With this goal in mind, the city is an ideal solution for using vertical farming. Leafy greens thrive in simple settings and don’t need a lot of attention, allowing for the use of hydroponic and aquaponic growing systems to be put in place. This allows for crops to grow quickly and weigh less, making them both economical and efficient for the city and the country.

What Sunqiao Will Mean for Shanghai

Sunqaio will encompass 250 acres of land, providing not only the ability to farm food directly, but the area will also be developed to house places for work, housing, and shopping. Plans include incorporating public plazas, parks, stores, restaurants, greenhouses, and a science museum.

The district is another progressive move for the city to safeguard both its food and farmers. This will create more efficient ways of farming, reducing costs, and protecting the traditional work of the local farmers. Sunqaio looks to support a more sustainable local food network while also looking to increase the quality of life through the city.

Sunqaio began construction in late 2017, with an estimated completion date in the year 2020.