Why Grocery Stores Are Turning to Local Suppliers 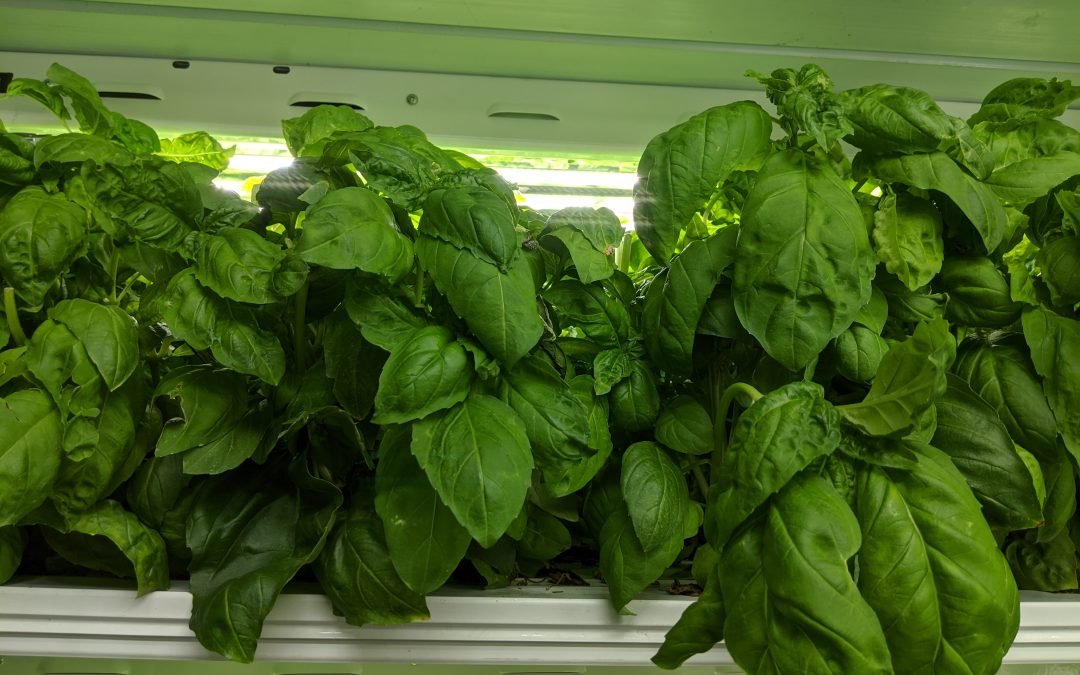 Locally sourced and grown foods have grown in popularity, thanks in part to shoppers growing more knowledgeable and concerned about where their food is coming from.

In 2015, nearly 82 million people stated that they purchase locally grown food and a survey done by Maine-based local food procurement platform Forager in 2018 found that 84% of their respondents stated they shop for locally produced foods.

However, the Forager survey also discovered that grocery stores aren’t keeping up with this new demand for more locally sourced foods.

This is due to grocery stores ordering their fresh produce from one or two larger distributers, which is simpler than trying to contact individual growers or producers.

This lack of supply to meet demand marks a great opportunity for vertical farmers to showcase their produce and crops.

What Exactly is Locally Grown Food?

The terms locally sourced and locally grown food have been thrown around a lot the last couple of years. As mentioned above, more and more consumers are demanding that certain foods, like vegetables, leafy greens, dairy, and even meat are produced and harvested locally.

But what does any of that mean?

In short, ‘locally grown’ refers to food (or other products) that are grown, produced, processed, and sold within a certain area. While that might seem easy to understand, it’s actually not.

A recent Nielsen study, found that while 46% of American consumers want to buy local, the term ‘local’ means different things to different people. Some respondents believed it was food grown in the same city, some believed within the state itself.

Others thought it meant being sourced within the US.

The confusion gets higher as grocery stores add the label to some of their own foods and produce, which can be sourced from the same city, same state, or within the US.

With such confusion around the term ‘local’, there is also an opportunity to showcase the benefits of not only locally grown food, but those that have been grown within indoor or vertical farming environments.

Due to the increased interest in local foods, farmers markers and community supported agriculture (CSA) have also increased in popularity and exposure, as consumers begin a greater understanding where their food comes from and how it’s harvested or made.

The local farmers’ market is usually the first entry point for many farmers, growers, ranchers and food entrepreneurs, enabling them to start selling crops and produce to customers.

Those customers are also interested in helping to cut out the middle-man by buying directly from a farmer or rancher, who receive 100% of the proceeds versus $.15 cents when selling through traditional grocery outlets.

CSAs also help with this by bringing together the local community to support a farm operation.

With CSAs, a farm becomes the community’s farm, whether legally or spiritually.

For those who run indoor or vertical farms, the opportunity to specialize in quickly harvested produce and crops, add to the locally sourced and grown phenomenon.

Indoor farming has been shown to be far up to 170x more productive versus the traditional farming, with the ability to fit four times as many crops in the same amount of space.

Because crops and produce are grown indoors, the issues that have plagued and caused concern with outdoor farming are not a factor with indoor farming.

Weather conditions, insects and pests, food borne illness, health hazards and location are common issues with outdoor farms, which can sometimes result in the destruction of crops and produce.

Three instances of E. coli outbreaks put a halt to lettuce consumption between 2017 and 2019 in the US, creating a heightened awareness of food borne illness.

Farmers themselves also have to worry about their health as they tend to farmland, especially when using pesticides, herbicides or other chemicals to help repel pests or cultivate healthier harvests.

You can read more about the dangers of pesticides in our Ultimate Guide to Pesticides.

Providing Produce to the Masses

The demand for locally sourced and locally grown foods has outweighed the supply that grocery stores are able to provide.

This presents the perfect opportunity for indoor farmers and growers, allowing them to supply the fresh and nutritious produce that customers are demanding.

With indoor farming, growers aren’t susceptible to the conditions and concerns that come from traditional, outdoor farms.

Even better, indoor farming – especially if done within a container – doesn’t have to choose a location based on climate or weather, allowing for the ability to provide food to those areas that might not have easy access to fresh locally grown foods.

If you’re thinking of starting a container farm business, we have a guide that can help you get started.

If you have any questions, or need help with your current container farm, reach out to us by either visiting our website or by calling us at 602-753-3469.