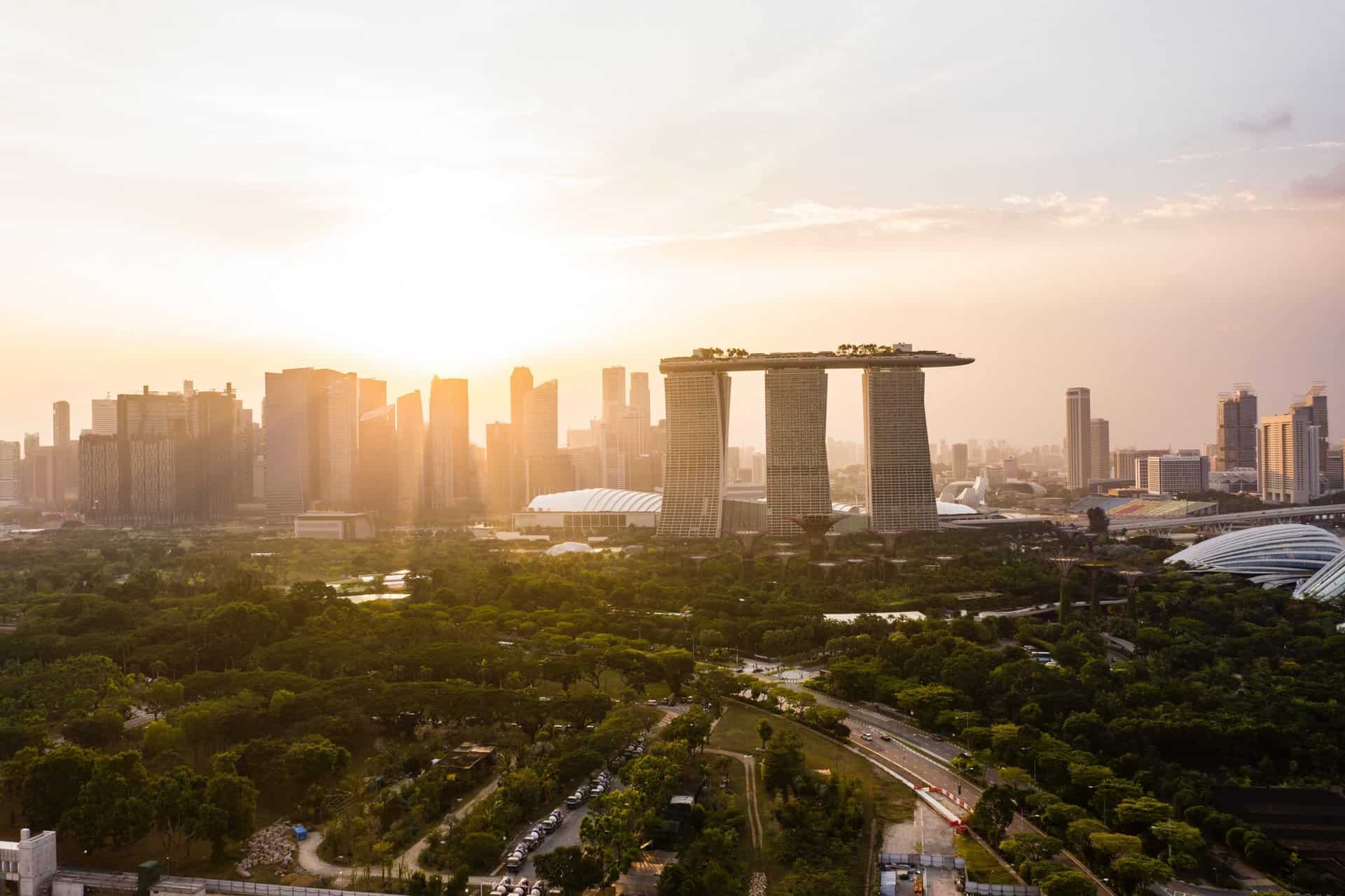 Urban farming in Singapore is becoming a central focus of the government and local organizations.

The whole country of Singapore seems to be coming together, to find innovative ways to increase local agriculture in a very urban setting.

Google images of Singapore, and you’ll see that nearly every photo is a cityscape, focusing on the towering skyscrapers and futuristic structures.

And it’s no wonder why the country had to build so high up.

Singapore is about three-fifths the size with about two-thirds the population of New York City.

That means the entire country of Singapore, is a lot more crowded, than a city known for being crowded.

Its urbanization means only about 1% of Singapore’s land is used for agriculture, and it gets 90% of its food imported from nearby countries.

But now, the country is trying to bring agriculture to its urban lands.

In this article, we’re spotlighting the urban farming efforts of Singapore.

The government and other organizations are pushing for solutions to increase access to affordable, nutritious produce.

Thanks to the government’s Community in Bloom program, Singapore now has more than 1,500 community gardens across the country.

The country has even dedicated an entire national park to promoting gardening.

Allotment gardens are like community gardens, but HortPark’s can be leased for individual use as well.

Some companies work toward putting hydroponic farms on empty rooftops.

These hydroponic systems use the ample natural sunlight they get from being high up, rather than artificial lighting.

As a result, production costs are comparatively low.

Every rooftop farm is used to benefit its surrounding neighborhood.

Not only is the produce sold nearby, but the farms hire people who live in the neighborhood as well.

Another company that builds soil-less rooftop farms is Sky Greens.

Its flagship product was the result of a collaboration with the government agency, that oversees food safety and production.

In this system, each tier rotates up around the towers slowly, so that by the time the crops reach the top, they’ve received enough sunlight to go back down.

But the towers don’t use as much energy as you would expect.

Sky Greens’ website says each tower needs to be powered by only 40W of electricity each day, which is about the same as one lightbulb.

This because the towers function mostly through hydraulics.

And because they’re outside, they don’t have the same high-energy costs as most indoor farms.

But as concerns over more frequent natural disasters rise, indoor farms are also popping up, like VertiVegies.

VertiVegies uses solar power and recirculating hydroponics to function as sustainably as possible.

Its also a chemical-free facility, so you won’t find any pesticides.

As you can see, Singapore is making great steps toward bringing more agriculture into its mostly urban land.