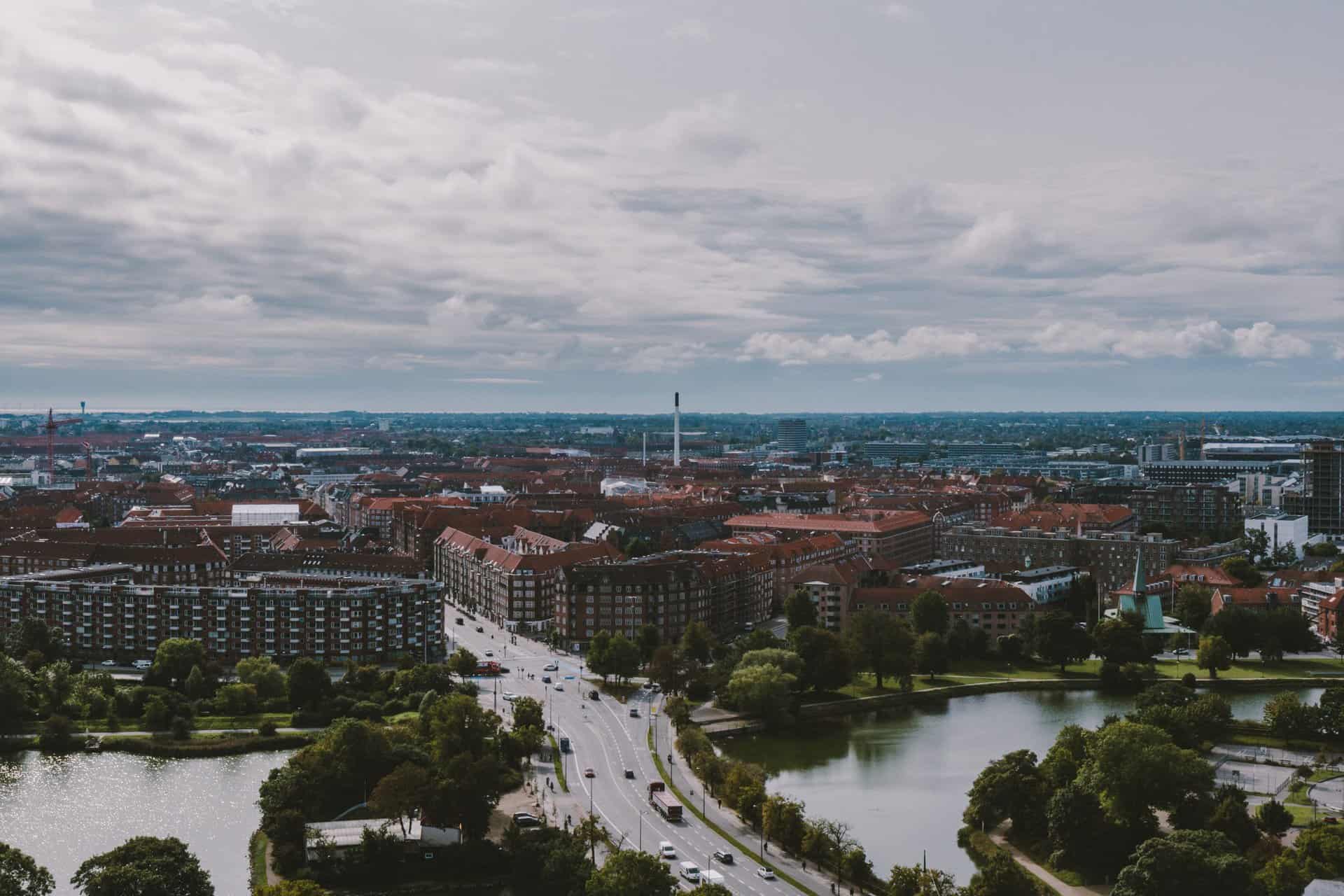 Urban farming in Denmark has taken off in recent years.

This is mostly thanks to the country’s plan to become carbon neutral by 2025.

The plan to become carbon neutral, has turned the country into a hub of green innovation, as individuals and organizations alike search for ways to become more sustainable.

One of these ways, includes building up the country’s urban farming industry.

In this article, we’re spotlighting the urban farming efforts in Denmark.

Coop Denmark, one of the largest retailers in the country, announced plans in early 2020 to bring vertical farming units to Irma supermarkets across Copenhagen.

The vertical farming units are similar to cabinets that grow herbs and other leafy greens, while using 95% less water, 99% less space and zero pesticides.

In November 2019, a few Irma stores installed the vertical farming units, to see how customers would react.

The goal was to bring production of the herbs as close to the consumer as possible, in order to reduce transportation and food waste, according to a Coop press release.

Customers loved having access to the fresh herbs so much, that the company decided to expand the operation and place units in 35 stores.

Another way urban farming in Denmark is gaining popularity, is through rooftop farming.

Ten years ago, Copenhagen adopted a policy to cover every roof with a slope less than 30 degrees with vegetation.

Now, whole farms are being added to rooftops.

For example, one of the first rooftop farms was started in 2011 on top of Blågårds School.

The project was inspired by the urban farming efforts in Havana, Cuba.

It was the first rooftop farm to get permission from Copenhagen to grow food on public land.

A group of volunteers maintains the farm and runs events for the public.

It isn’t necessarily meant to help the city become more self-sufficient in terms of food production.

Instead, it aims to celebrate the growing process and teach about food production and urban farming.

In the Østerbro district of Copenhagen, another rooftop farm, called ØsterGRO, was established in 2014.

This farm runs a 40-member community supported agriculture (CSA) program, where the members support the farm financially and by tending to the plants.

Like DYRK, this farm focuses less on maximizing production, aiming instead to raise awareness about food production.

Urban farming in Denmark isn’t restricted to Copenhagen either.

In the country’s second largest city Aarhus, the Danish Agriculture and Food Council is expanding it’s 474,000 square foot Agro Food Park, by another three million square feet over the next 30 years.

The project’s mission is to improve cooperation between researchers and businesses, in order to boost agricultural production in an urban environment.

The project aims to ensure long-term food security, while preserving the environment as much as possible.

As you can see, urban farming in Denmark is taking off!