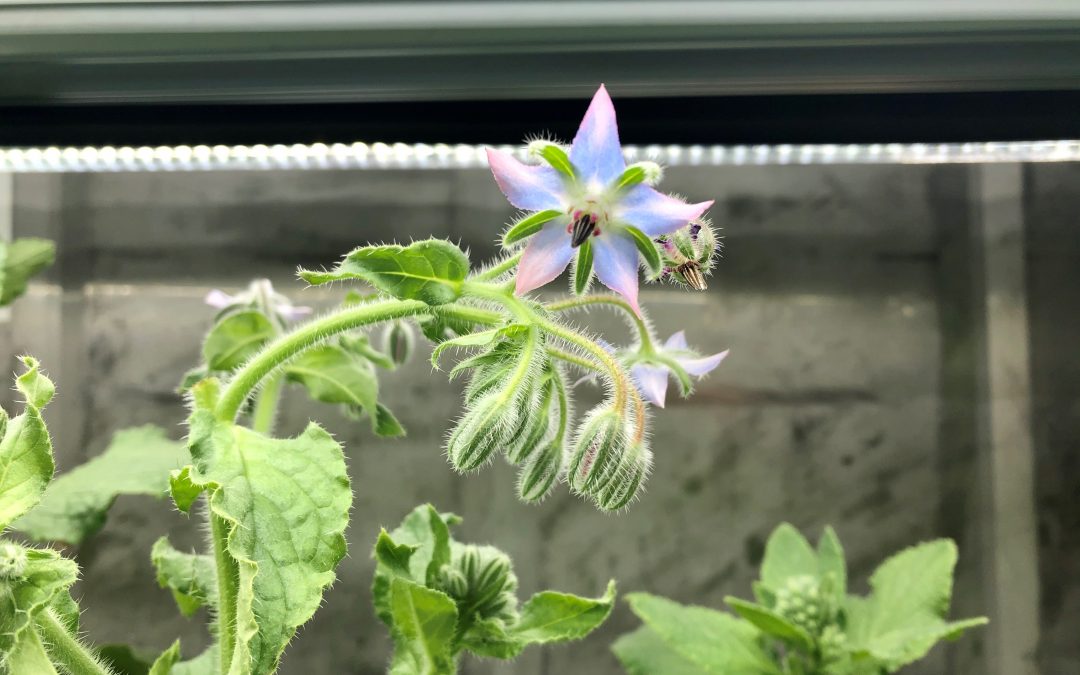 In this article, we’ll look at what aeroponics is, who Richard J Stoner is, and what his contribution to aeroponics was.

Aeroponics is the process of growing plants within an air or mist environment. It grows plants with the roots exposed in the air.

Every few minutes, a nutrient solution is sprayed directly on the roots.

Aeroponics is considered the most technologically advanced hydroponic method.

Aeroponic systems, like other vertical farming techniques, are being used for sustainable agricultur.

When compared to plants grown in soil, can produce yields that are three times higher.

Without the use of soil, plants grown with aeroponics are healthier and carry a richer flavor, while also helping growers save on the costs of fertilizer by 60%. It also saves space.

Who is Richard J. Stoner?

Now that you understand what aeroponics is, let’s look at the man considered to be the father of modern aeroponics.

A graduate of the University of Michigan-Flint, Stoner majored in both chemistry and biology before starting his own company.

It was this company, Genesis Technology Inc or GTI, that manufactured and marketed the first commercially available aeroponic system known as the Genesis Machine.

The Genesis Machine’s name was inspired by Project Genesis, the scientific research project that was part of the plot of the popular movie, Star Trek II: The Wrath of Khan.

The system used an advanced oxygenation process that was a leap over the established hydroponic systems.

For the first time ever, GTI created a sterile closed-loop air environment that was applicable to cloning and growing all plants.

In 1985, Stoner patented the technology and marketed it worldwide, which helped to launch the aeroponic industry as we know it.

A few years later, Stoner began working with Colorado State University researchers to perfect an all-natural, organically derived, disease control liquid formula called Organic Disease Control. This formula could cooperate with a plant’s immune system within the aeroponic environment to boost growth and helped to ward off disease and infection.

During the 1990’s, Stoner received funding from NASA to develop a high performance aeroponic system for both Earth and space. His research was then used on the MIR space station to grow plants in space.

The seeds on the MIR exhibited more growth than those that were grown on Earth. Since then, Stoner has been the principal investigator and author of several aeroponic research grants. Stoner’s findings are now being used on the International Space Station.

Stoner’s status as the father of modern aeroponics is well deserved.

Aside from being used by NASA, Stoner’s aeroponic systems are used in major developed countries around the world, while his designs, technology, and equipment are widely used by both commercial growers and leading agricultural universities.

For aeroponics itself, NASA discovered that the system can reduce water use by 98%, fertilizer use by 60%, and pesticide use by 100%.

It also maximizes crop yields by 45% to 75% and those grown in aeroponic systems had 80% more mass than other methods.

Using aeroponics, you could essentially grow anything.

Similar to hydroponics, you can grow leafy greens, culinary herbs, strawberries, cucumbers and more. But unlike in hydroponics, even root crops are well-suited to aeroponics.

The invention of aeroponics has given vertical farming another method of growing crops, as well as another way to supply food to a growing global population.

Aeroponics and hydroponics are great ways of indoor farming!