How Taisiya Got Started 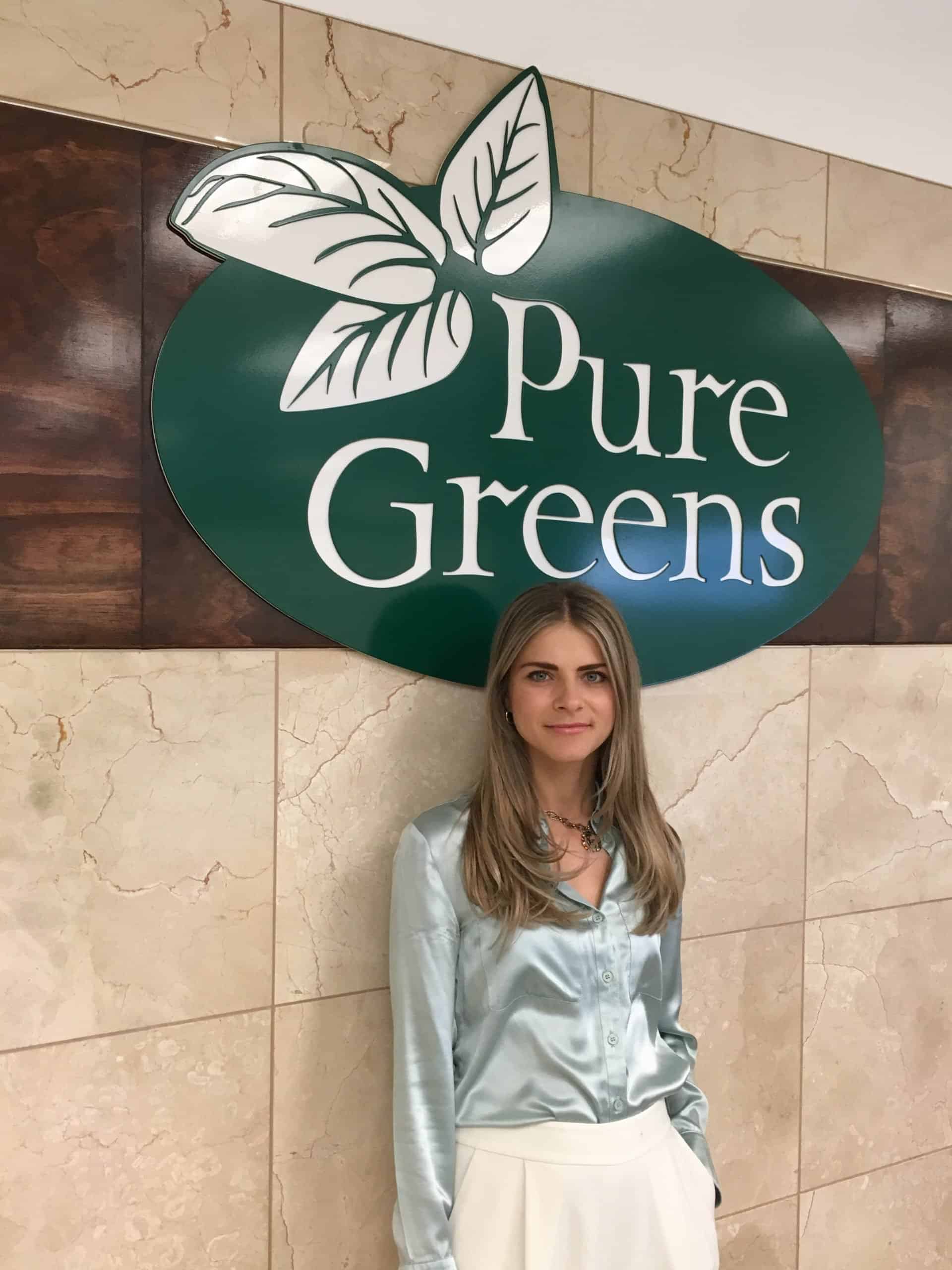 In this interview, we sit down with Taisiya Jacobson, CEO and founder of Pure Greens, to discuss how Pure Greens got started, what made her decide to get into container farming, and where she sees the industry going in the future.

The Interest in Vertical Farming

When Taisiya first arrived in America, she was surprised at the differences in food versus those in her native country. It was during a prayer that the idea of providing better quality and healthier food options first came to her.

But while she and her husband Damon Jacobson both come from lucrative business backgrounds, they had no horticulture backgrounds.

“We hired horticulturists, consultants, and that was the R&D phase,” she states. “And that process took some years. A lot of the time was finding the right people, obviously.”

Taisiya began testing the idea of vertical farming, using containers as a basis. Starting as an R&D project, she and her team of horticulturists and consultants built the first prototype and began the testing phase.

Since then, Pure Greens has grown to encompass a 90,000 sq ft. fabrication center in Phoenix. It’s the hope that the company will soon be an industry leader in hydroponic vertical container farms, offering a variety of interior layouts, sizes, and options.

Where Vertical Farming is Headed

Vertical farming, while growing, is still a new industry, but it’s one that’s getting a lot of attention. The market is projected to grow worldwide, from the $3.16 billion dollars of 2018 to nearly $22 billion in 2026.

When asked about the future of vertical farming, Taisiya believes we’re just at the edge of what it could be, especially in America.

“People are more aware of what they’re eating, first of all. And it doesn’t matter the income level because people want to eat what’s right and they want access to that fresh produce. And that’s where vertical farming comes in.”

Taisiya cited a number of reasons to how vertical farming has started to grow. Diminished farmlands, water issues, a rise in diseases that can affect foods, etc. She notes that vertical farming isn’t just about farmers who’s hoping to make a profit, it’s also about people who just want to eat and have access to locally grown crops.

“I see it going big,” she says. “I think in the next ten years, you’ll see a huge shift in the ag industry. Combined with technology, I see vertical farming going big and I see it going faster than we think, we’re just on a tipping edge of it.”

With Pure Greens headquartered in Phoenix, AZ, Taisiya has now gotten familiar with the typical weather most residents are used to, especially the 100 degree+ summers. With Arizona and California being major players in terms of produce and crop production, does she think these two states – and most of the west coast – considering vertical farming?

“I think that Arizona will take off and get this eventually,” she noted. “I think the west coast are using alternatives methods of growing foods, as vertical farming, because they don’t have that access like Arizona and California, so they have to think outside of the box.  People are growing produce on the rooftops of skyscrapers and warehouses, so states are taking initiatives to create new ways of farming.

Pure Greens is a turn-key hydroponic container farm manufacturer, creating systems that produce a variety of leafy greens, herbs and microgreens. The company also sells their grown produce to local restaurants and other end users.

A sister company to Southwest Mobile Storage and Fire Training Structures, Pure Greens is able to use the fabrication center, which is located directly on the lot, to customize vertical container farms that are providing a new method of sustainability.