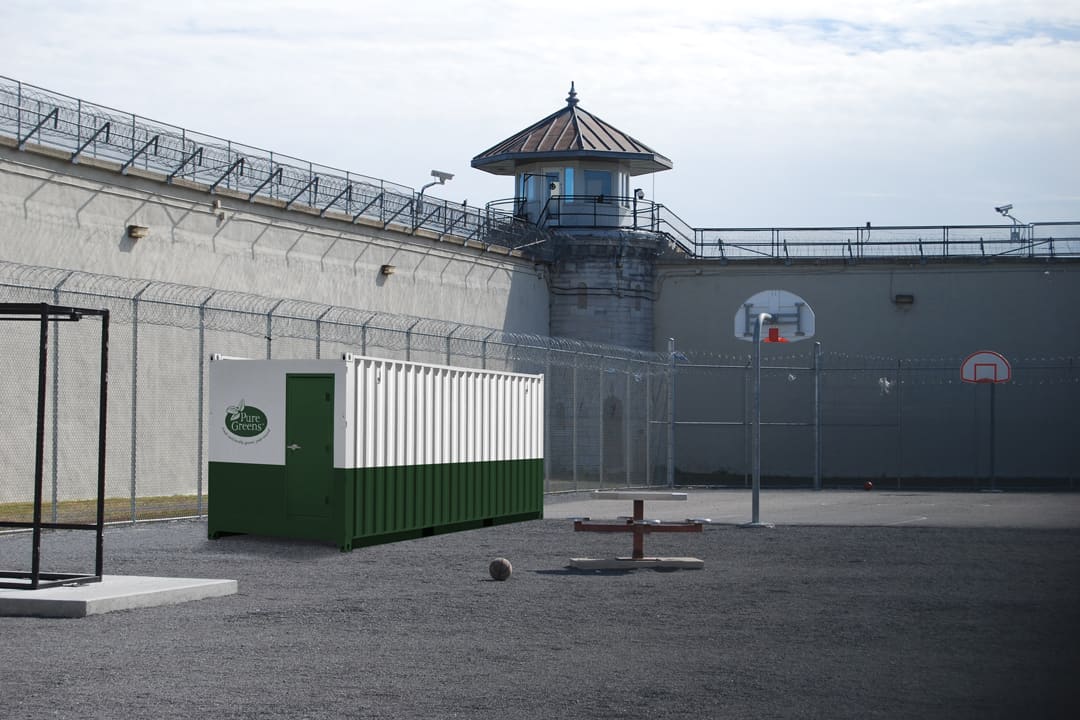 Hydroponic agriculture has a lot of benefits for correctional facilities.

But one of the biggest benefits is the potential to reduce recidivism.

In this article, you’ll learn how hydroponic agriculture reduces recidivism for correctional facilities around the United States.

Recidivism is how often inmates end up imprisoned again after release.

Two of the biggest causes of recidivism are economic issues, like unemployment, and mental health problems, like depression.

This is because these programs have the ability to provide valuable job training and improve mental health.

When inmates have farming experience and education, they have the skills necessary to find jobs working for nurseries and farms.

As a result, they’re less likely to experience unemployment and reoffend.

Plus, more exposure to plants, makes people happier and experience fewer symptoms of depression and anxiety.

Here are three correctional facilities who have their own hydroponic agriculture programs for reducing recidivism.

Today, it has a working hydroponic greenhouse ran by female inmates.

In order to reduce recidivism, the facility partnered with the University of Florida to offer a formal hydroponic training program for inmates.

Once they complete the class, the inmates receive a Certificate of Completion in Hydroponic Growing, which they can use to find jobs once they’re released.

In addition to the job training and mental health benefits of gardening, the program provides fresh produce for meals, helping the inmates eat a nutritious diet.

The hydroponic agriculture program at Women’s Community Correctional Center in Hawaii is called Learning to Grow.

It started in 1999, as part of a partnership with Outdoor Circle, a nature preservation nonprofit.

Inmates have said that working in the program has “changed their outlook,” according to a committee chair for Outdoor Circle.

A local supermarket purchases the lettuce from the hydroponic program.

All of the proceeds from selling produce are used to purchase new seeds and other supplies for the program.

Many women who finished the program found jobs working for plant nurseries and farms after being released.

Berkshire County Jail and House of Correction in Massachusetts spent $500,000 on building an aquaponic greenhouse, which opened for operation in January 2020.

Aquaponics is a type of hydroponics that uses live fish to fertilize crops.

The greenhouse aims to teach high-risk inmates the math, engineering, technology and science behind growing lettuce, basil, and other leafy greens.

The program hopes that if inmates become proficient enough in these subjects, the facility will be able to reduce recidivism.

After only four months, the greenhouse produced 6,000 heads of lettuce, which were donated to local food pantries and charities.

Once the greenhouse is certified to provide food to the jail and correctional facility, 85% of the fish and produce will feed inmates with the rest donated to charity.

As you can see, hydroponic agriculture is a great tool for reducing recidivism in correctional facilities.

If you want to start a hydroponic agriculture program for your correctional facility, why not use a Pure Greens Container Farm?

These farms use hydroponic systems inside of shipping containers to grow safe, sustainable, healthy food while saving space and construction costs!