A Unique Farm is Growing in the Underground Tunnels of London 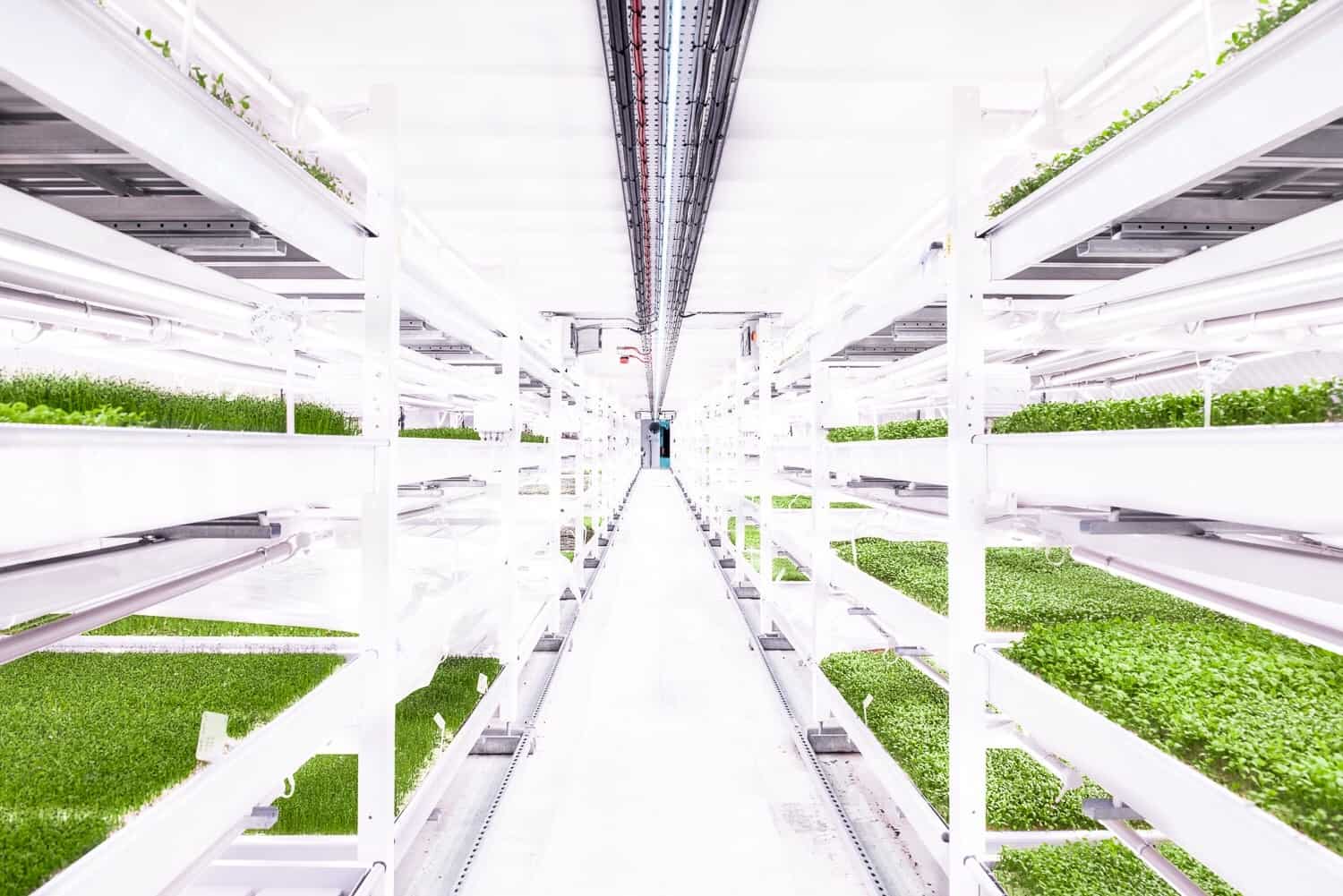 In the abandoned tunnels of Clapham, London and within a former air raid shelter, a vertical farm, Growing Underground, has created something unconventional.

Growing Underground is the first of its kind vertical farm that is housed underneath the streets of London, using the air raid shelters from the second world war to create a very unconventional farm.

The company was founded by Steve Dring and Richard Ballard in 2014 with the idea of transforming the unused passageways under the subway system to create the world’s largest subterranean farm.

The duo was then able to raise the money using crowdsourcing to start construction in 2015. The vertical farm uses about 2.5 acres of the underground tunnels, which were built between 1939 and 1942 to protection the public from Hitler’s Blitz during the war.

The location is about 140ft below ground.

The farm itself uses vertically stacked trays to cultivate a wide range of vegetables, microgreens, and herbs.

Because there is no soil used in the farm, the seeds are germinated using recycled carpet and placed on trays under LED lighting.

Then, the crops are bathed in water containing essential nutrients. As with other vertical and indoor farms, Growing Underground can deliver fresh produce to their much larger urban market.

They don’t experience pest issues, so there is no need to use pesticides and because they are underground, there’s no worry about weather.

This controlled environment has the potential for some very high yield; with a traditional farm, there may be the possibility of a three-year period for crops. However, in this vertical underground farm, they can produce 62 different types of crops a year.

Future crops will be added, along the lines of mushrooms, cucumbers, tomatoes, and strawberries.

Growing Underground employs around 25 people who help to harvest crops by hand, but as the farm expands, a more automated system will be put in place.

The idea to use the former air raid shelter came to co-found Richard Ballard while he was completing his film degree in London. His curiosity about what was going on below the streets of the city combined with his intrigue with the idea of vertical farming.

Those who are interested in seeing this innovative farm can schedule a tour, which means going down beneath the city streets. If you’re unable to make to London, you can catch Ballard deliver a TEDx talk here.

Want to learn more about hydroponics?